We are proud to be recognized as 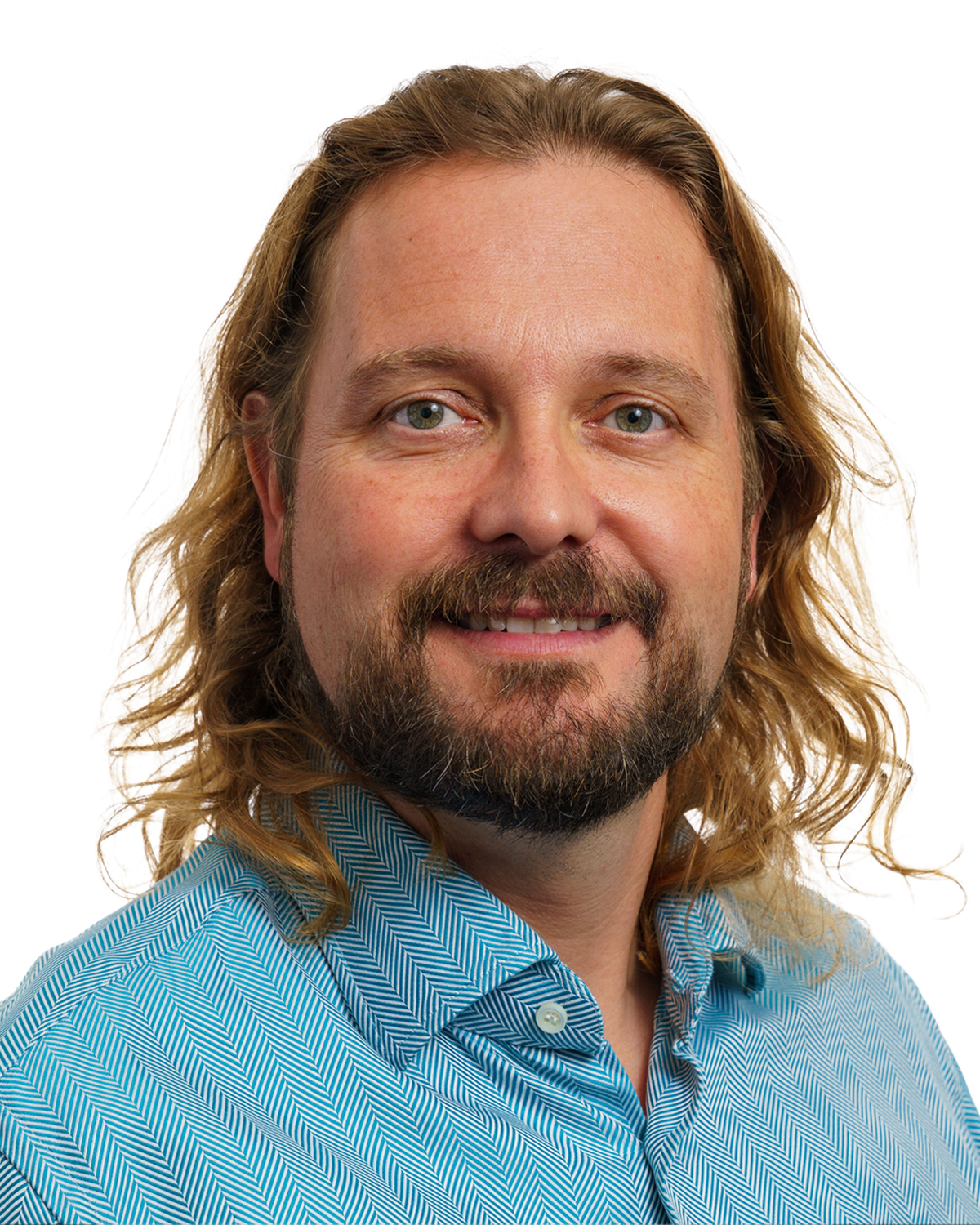 Mr. Mat Jordan has over 25 years of experience within the IT sector, joining Procurri in 2014 as Sales Director for the UK after the acquisition of Tindirect by Procurri and was appointed Head of EMEA in 2016. Progressing to Global Head of Lifecycle services in 2020 and appointed Global Head of Operations in 2022. Mat participated in a management buyout of Tindirect Ltd in 2005, following which he became an owner of the holdings company Tinglobal, now named Procurri Europe Ltd. Mat has worked with numerous Venture Capitalists raising capital and participated in business sales, acquisitions, and mergers while at Tinglobal and Procurri. Mat Graduated from Southampton Solent University with a BA(hons) in Business studies. 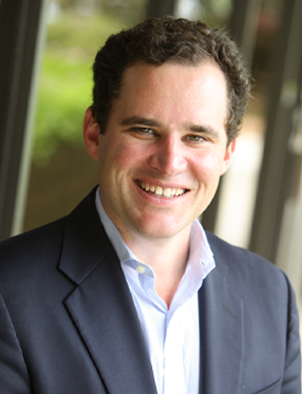 Mr Zachary Sexton joined Procurri in January 2013 as President of Procurri LLC helping launch our US business. He was later appointed Head of the Americas in 2016 and is now responsible for our Group's operations in the Americas region. Mr Sexton has more than 19 years of working experience in data center hardware and services. He started his career at Canvas Systems, LLC in IBM broker sales and worked in a variety of roles before being promoted to Strategic Account Manager, focusing exclusively on delivering secondary market solutions to the channel. Mr. Sexton graduated with a Bachelor of Science in Business Administration from the University of North Carolina at Chapel Hill and was selected in 2016 as one of Atlanta’s 40 under 40 by the Atlanta Business Chronicle. 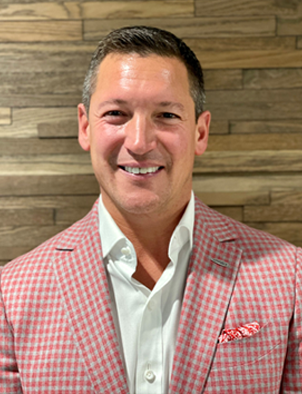 Mr. Evrim Eravci joined Procurri as Executive Vice President and Head of Global ITAD in April of 2019 and has since been appointed President, Global Hardware & Lifecycle Services as of October 2020. He is responsible for our Group's Hardware, ITAD, and Lifecycle Services operations globally. Mr. Eravci has over 2 decades of IT industry experience working in a variety of roles ranging from Business Development, Sales & Purchasing, CFO, CEO, and Managing Director/Partner. He currently focuses on programmatic ITAD and Lifecycle Service solutions for a wide range of companies ranging from Fortune 100 to small and mid-size enterprises with an emphasis on seamless and secure solutions for the most demanding clients. Mr. Eravci graduated from the University of Iowa with degrees in finance and computer science. 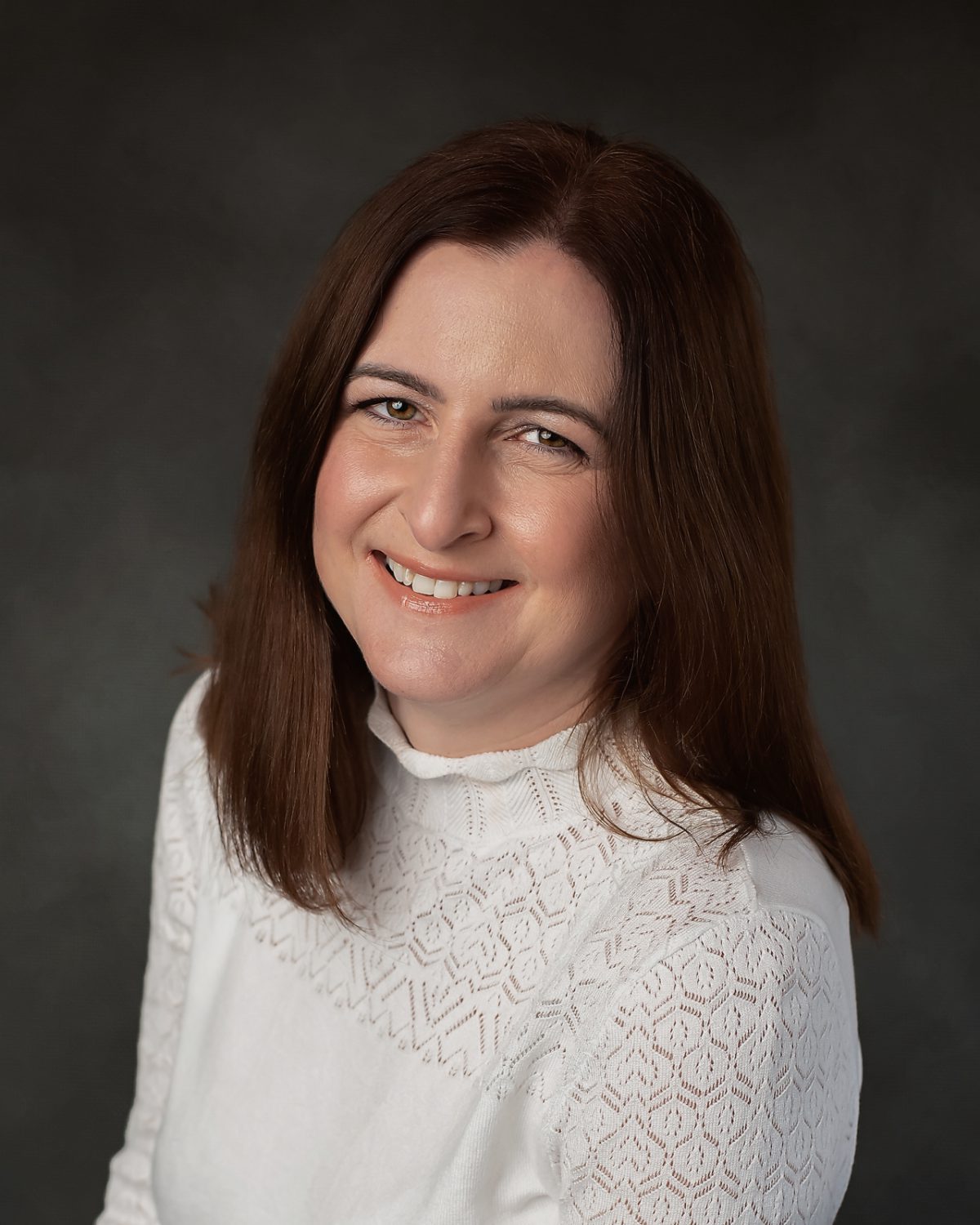 Natasha Maguire joined Procurri in 2017 to lead marketing for the EMEA region and was appointed to Global Marketing Director in 2021. Natasha is responsible for overseeing the marketing strategy, planning and execution for the Procurri group. With over 20 years’ experience in Marketing, Natasha is a hands-on, results-driven, agile marketing leader who works with key stakeholders and the executive management team within the business to help grow sales and improve customer engagement through digital marketing and automation. Natasha’s professional background is in B2B tech and channel marketing working with large OEMs such as IBM, Cisco, NetApp and HPE. She holds a BA Communications degree from the University of Lincoln. 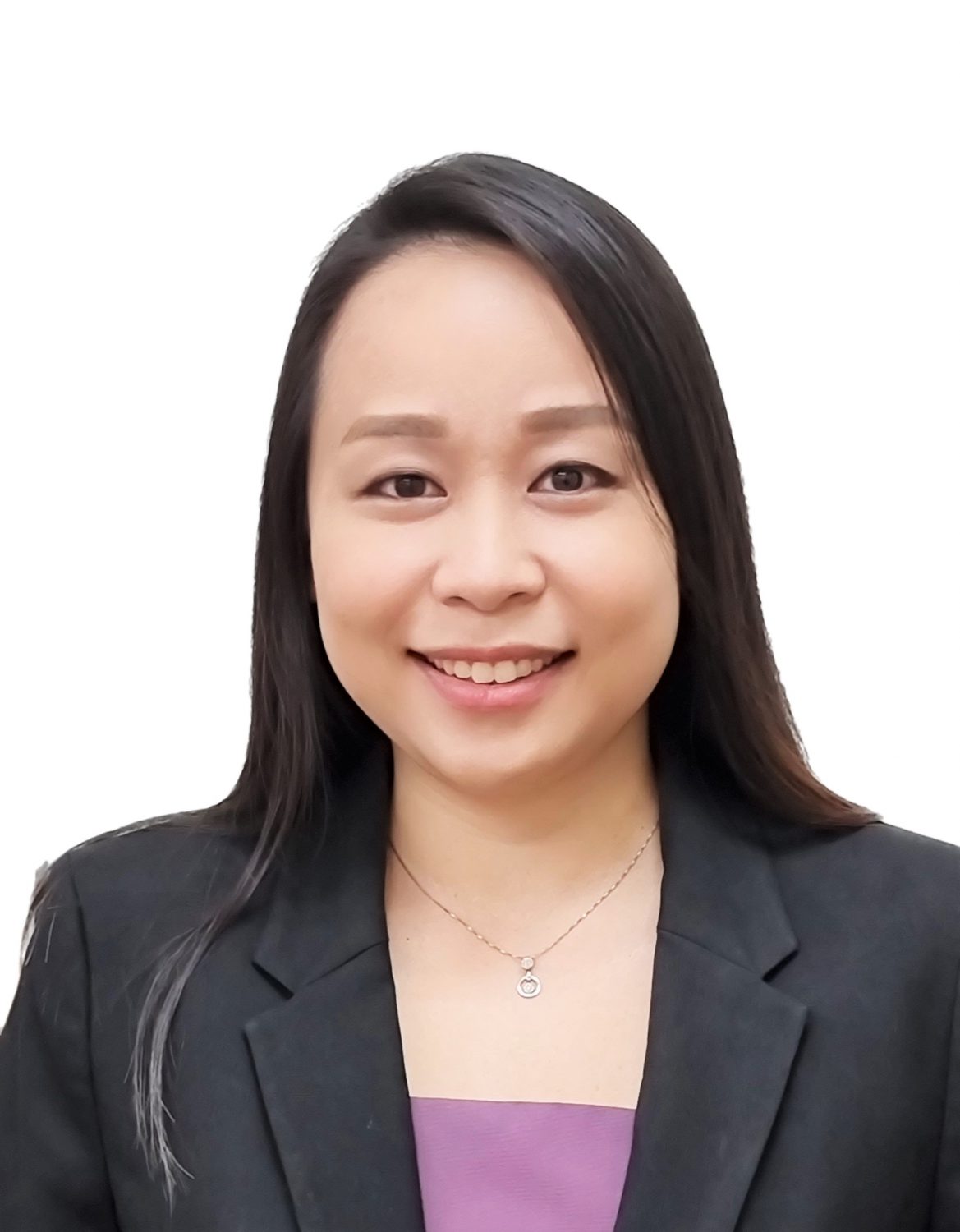 Ms. Stephanie Sin was appointed as the Group Chief Financial Officer in January 2022. She is responsible for the Group’s accounting and financial function. Ms. Sin has more than 15 years of experience in accounting and financial management in various industries including retail, manufacturing, pharmaceutical, and information technology. Ms. Sin was the Corporate Finance Manager of Metal Component Engineering Limited prior to joining the Group as the Group Finance Manager in 2017. She most recently served as the Director of Finance (Projects) of iX Biopharma Limited. Ms. Sin is a Chartered Accountant of the Institute of Singapore Chartered Accountants as well as a member of the Association of Chartered Certified Accountants. 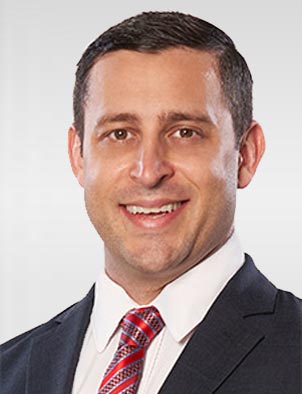 Mr Matthew Trial joined Procurri in December 2016 as Chief Operating Officer for Procurri LLC and was appointed as our Head of Asia-Pacific in July 2018. He oversees our Group’s operations in the Asia-Pacific region. A Certified Public Accountant, Mr Trial also served as Procurri LLC’s Financial Controller between 2013 and 2015. He previously headed operations at a NASDAQ-listed hospitality software technology company. Mr Trial holds a Master of Business Administration from the Georgia State University. He graduated from Berry College with a Bachelor of Accountancy. 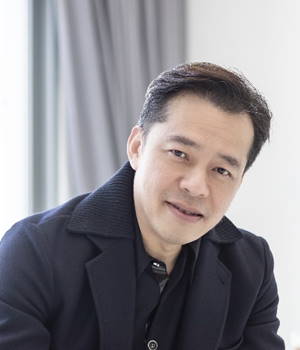 Vesmond Wong has more than 25 years of leadership experience in the IT industry and is currently the Group Chief Executive Officer of DeClout Pte. Ltd., a company which he founded and successfully listed on the SGX-ST Catalist Board in 2012. DeClout is the founding shareholder of Procurri, and successfully listed Procurri on the SGX-ST Mainboard in 2016. As a serial entrepreneur, Mr Wong also established and achieved exits from 2 other IT companies, Cavu Corp Pte Ltd and Vanda Systems (Singapore) Pte Ltd, prior to founding DeClout. Mr Wong graduated with a Diploma in Electronics & Communication Engineering from Singapore Polytechnic.

Mr. Jeffrey Wong is our Independent Director. He has more than 20 years of experience in corporate transactional work covering the legal and investment banking aspects. Mr. Wong is a Partner of Solitaire LLP and a Senior Adviser of Soochow CSSD Capital Markets (Asia) Pte. Ltd. (“SCCM”). Mr. Wong was previously the Chief Executive Officer of SCCM. Prior to SCCM, he held various senior positions within the Religare Capital Markets (“RCM”) group. Before RCM, Mr. Wong worked at UBS AG and Allen & Gledhill LLP. Mr. Wong was awarded Singapore In-house Lawyer of the Year at the Asian Legal Business South-East Asia Law Awards 2009 and was a member of the Auditing and Assurance Standards Committee in the Institute of Certified Public Accountants of Singapore (now known as the Institute of Singapore Chartered Accountants) for the 2009/2010 term. Mr. Wong graduated with a Bachelor of Laws (Honours) from the National University of Singapore and is an advocate and solicitor of the Singapore Supreme Court. He was also admitted as a solicitor of Supreme Court of England and Wales and is a Chartered Valuer and Appraiser, Institute of Valuers and Appraisers Singapore. 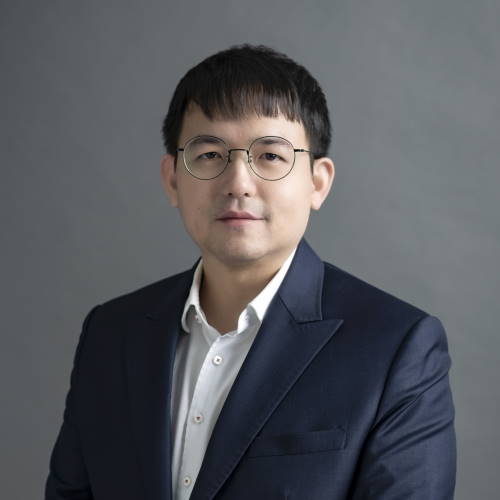 Mr. Lim Swee Yong is currently the CEO of DeClout Ventures Pte. Ltd, the corporate venture arm of the DeClout Group. Prior to joining DeClout, Mr. Lim was Vice President, Legal at Fullerton Fund Management Company Ltd, and before that, a Director with Stamford Law Corporation specializing in mergers and acquisitions, capital markets, venture capital and private equity. Mr. Lim graduated with a Bachelor of Laws (Honours) from the National University of Singapore and was previously admitted as an advocate and solicitor of the Supreme Court of Singapore and as a solicitor of the Supreme Court of England and Wales. 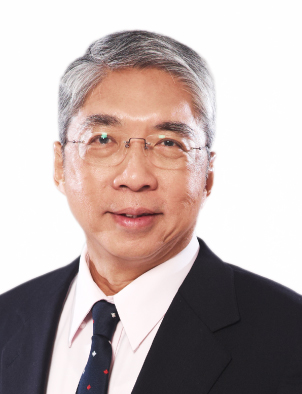 Mr Peter Ng is our Lead Independent Director. Mr Ng has been in financial advisory, fund management and direct investments for over three decades, and has held senior positions in several large institutions. He is currently the Managing Director of Peterson Asset Management Pte Ltd. Mr Ng was the General Manager of Investments in Hong Leong Assurance Bhd, based in Malaysia. For nine years till 1996, he served as the Head of Treasury, Investments and Corporate divisions at various stages of his career with The Great Eastern Life Assurance Co Ltd. Prior to that, he was Senior Manager of an international public accounting firm and had worked for several years in their Australian and Singapore offices. From 2009 to 2010, Mr Ng also served as a member on the Accounting and Corporate Regulatory Authority’s Investment Committee. Mr Ng graduated with a Bachelor of Accountancy degree (with Honours) from the National University of Singapore, and is also a Chartered Financial Analyst charterholder. He completed the Advanced Management Program at Harvard Business School in 1993. 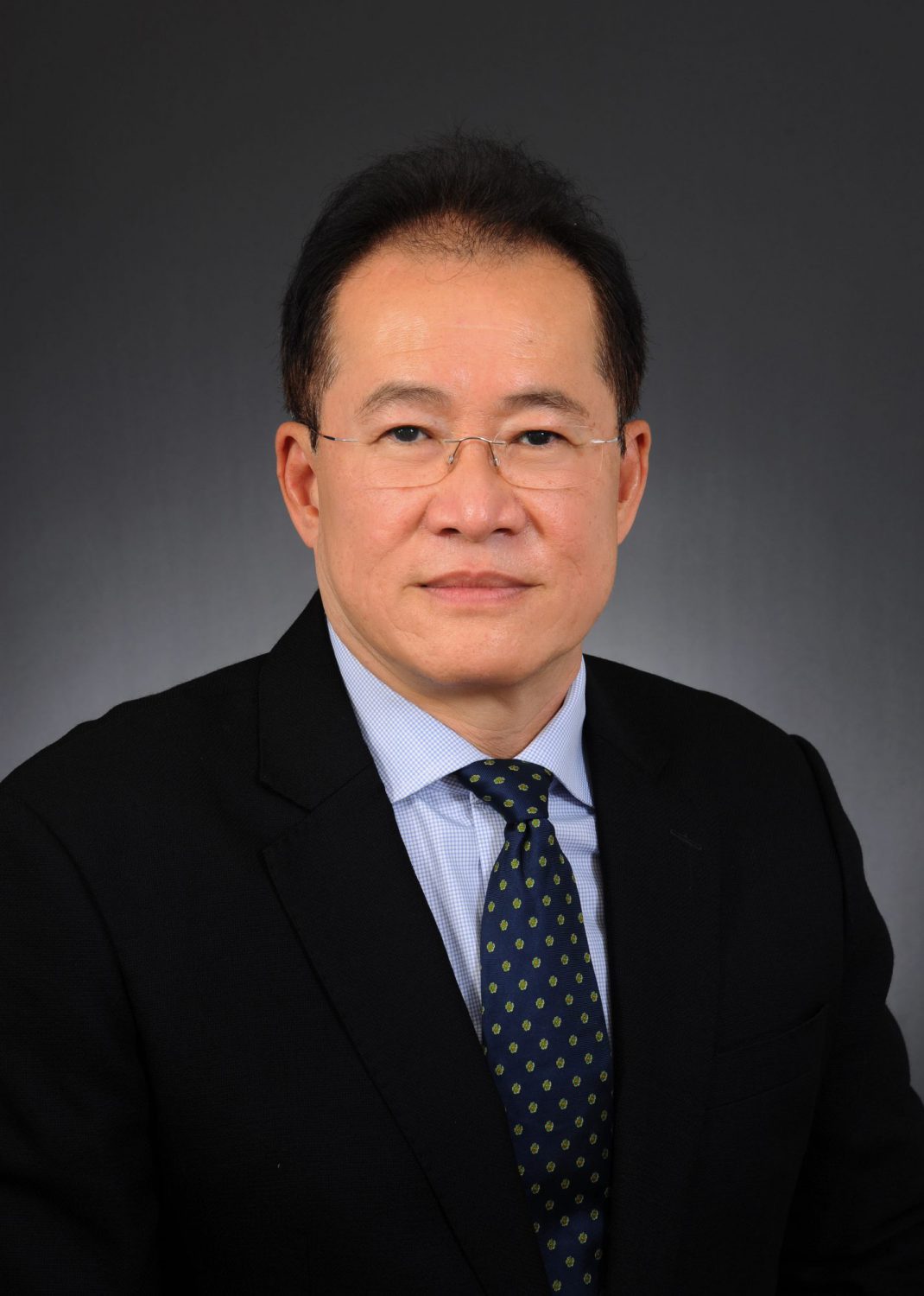 Dr Lim has over 30 years of extensive international experience in information technology solutions and infrastructure businesses across the Asia Pacific region. He is a non-executive independent director of Nera Telecommunications Ltd and Novo Tellus Alpha Acquisition Ltd, each of which is listed on the SGX-ST. He was a non-independent non-executive director at HupSteel Limited from 1993 to 2019, which was formerly listed on the SGX-ST. He was the Chief Executive Officer of Dimension Data North Asia from October 2014 to December 2019, and the Managing Director of Dimension Data ASEAN from April 2008 to October 2019. He was also Director & General Manager for Outsourcing Services (South East Asia) for 12 years at Hewlett Packard Asia Pacific. He has held executive positions in Dell Asia Pacific and IDA. Dr Lim received his PhD (Computer & Systems Engineering) in 1990, Master of Business Administration (Management) in 1989, Master of Engineering (Computer and Systems Engineering) in 1986 and Bachelor of Science (Computer and Systems Engineering) in 1983 from Rensselaer Polytechnic Institute, New York. 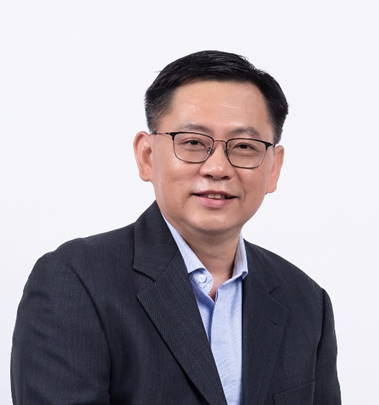 Mr Steven Lwi is the Chief Corporate Development Officer of DeClout Pte. Ltd, and DeClout is a substantial shareholder of the Company. Prior to re-joining DeClout in August 2021, Mr Lwi held senior leadership positions as the Chief Financial Officer of Yangon Aerodrome Company Limited (the Airport operator of Yangon International Airport) and three listed companies on the Singapore Exchange Limited including Declout Limited from 2011 to 2013. Mr Lwi graduated with a Bachelor of Accountancy (Honours) from the Nanyang Technological University of Singapore and is a Fellow Chartered Accountant of Singapore with the Institute of Singapore Chartered Accountants.